Introduce the mechanical and electrical principles of embroidery machines 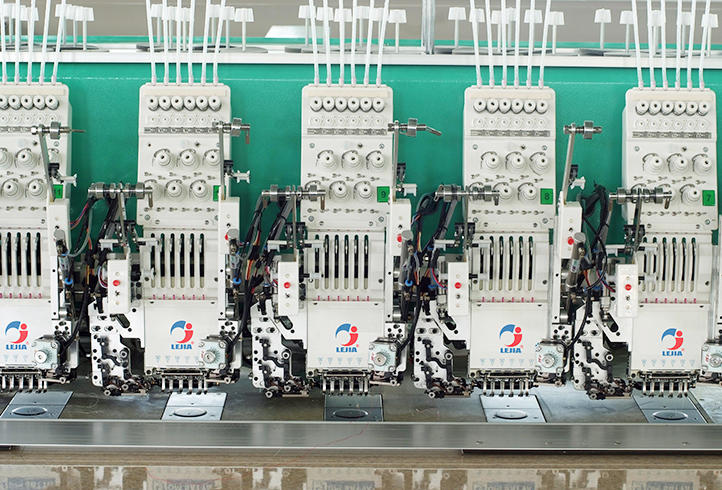 Principles of embroidery machine mechanics and electrical appliances:
First, use embroidery CAD software to make a pattern, and after generating the pattern, put the discs containing the embroidery program and pattern into the computer disk drive respectively. The electric signal with the equivalent displacement is sent to the X, Y, and Z single-chip microcomputer system to process the speed of the motor, and then outputs the three-phase six-time signature. The power amplifier box of the line motor amplifies the power. The stretch frame completes the feeding movement between X and Y; at the same time, the Z stepping motor is driven to drive the needle to move up and down, so that the embroidery continues continuously.
The Z stepping motor drives the transmission mechanism of the machine head to rotate through the synchronous toothed belt, etc. The specific mechanism of the machine head makes the lead mechanism and the needle lead the upper thread to make and move down, and pierce the fabric; the hook in the hooking mechanism rotates to make The upper thread goes around the bobbin case where the lower thread is hidden; the thread take-up mechanism moves, conveys the upper thread, tightens the stitch, and prepares the upper thread segment for the next stitch.
The X and Y stepping motors drive the silk frame and the fabric to move in a plane through the synchronous toothed belt and other mechanisms. Each stitch point to be embroidered on the fabric is sent to the machine needle for embroidery. The speed of the up and down movement of the machine needle is coordinated with the direction, amount of movement and movement speed of the stretcher frame, so that the upper thread and the lower thread are twisted and placed on the fabric. Make a double bartack. When the embroidery continues continuously, the computerized embroidery of the pattern is completed.
PREV：Introduce the application scope and characteristics of towel embroideryNEXT：Single needle double beadwork with towel embroidery computerized embroidery machine
Recommend Products