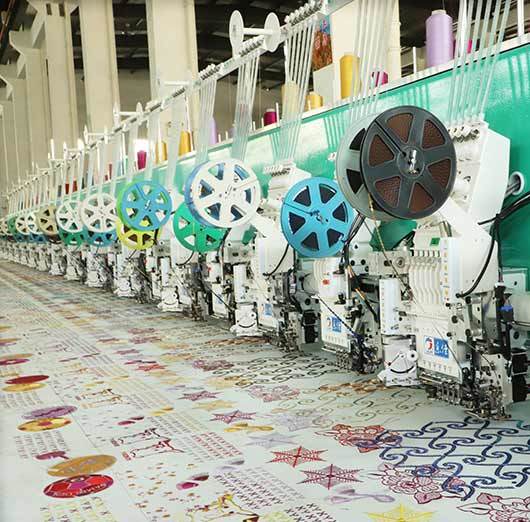 The two loopers retreat synchronously, and the distance and time of the retreat are equal to the distance and time when the straight crochet needle rises. Therefore, the loop of the straight crochet needle can be kept tight all the time. If the two crochet needles pay off the thread quickly, the loop thread will be completely soft, and it is easy to unhook and skip the stitch; if the two crochet needles pay off the thread slowly, the loop thread will be pulled too tightly, and it may be torn off by the hook or ripped. Until the straight crochet hook drags the loop into the needle plate, the two loopers will then bounce off the needle plate one after the other.
PREV：Functions and categories of computerized embroidery machinesNEXT：Precautions for embroidery machine maintenance
Recommend Products