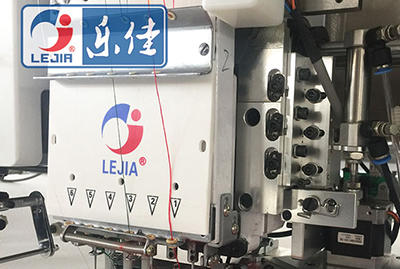 6. The needle hangs on the first chain thread loop and then drops to the bottom dead center and then rises again. The needle thread forms a loop again, and the hook looper hooks the thread again. Repeated work forms a perfect pearl shape. chain stitch.
PREV：How to deal with the short pinhole of the thread head coming out after the computer car is tangentNEXT：Maintenance and maintenance of computerized embroidery machines
Recommend Products