The working principle and main features of computerized embroidery machine 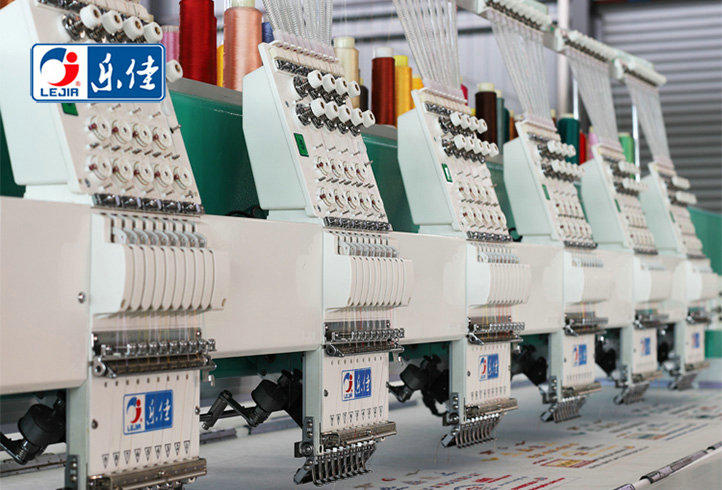 a. Excellent operability Most of the machine adopts keyboard operation, and the use of corresponding processing software makes embroidery work simple and easy to master. The use of a display device to a certain extent enhances the visualization of operations and facilitates use by general practitioners. There is a long lever switch under the work surface, which is very convenient to start and stop. The stretcher can be run manually in any direction, making it very easy to find the desired positioning point. The middle and high-end machines are also equipped with high-speed and low-speed idling functions, which make embroidery and positioning very fast and flexible.

b. It has strong editing and storage functions. The use of the computer enables the embroidery machine to memorize nearly 100 kinds of patterns, and the number of memorized stitches reaches more than 300,000 stitches. If the user needs, additional expansion configurations can be added to meet different needs. Generally, the pattern can be edited, such as zooming, rotating, combining and dividing, to meet the actual needs of embroidery. The built-in floppy disk drive can directly read the binary (DSB), ternary (DST), Z-ary (DSZ) disk patterns on the Tajima format disk and the binary ternary, Z on the BEHRINGER FDR format disk file Binary disk patterns to memory, and can output memory patterns to disk in binary format.

c. Perfect control system The application of various advanced automatic control technologies enables the embroidery machine to have excellent speed regulation performance, and the main shaft can obtain a stepless change of 300 to 650 rpm; after a pattern is embroidered, according to the given The command will automatically embroider the pattern at the next position to realize automatic repeated embroidery; when the embroidery exceeds the embroidery range, the machine will automatically stop to protect the frame from overtravel; when the machine fails, the operation panel will display an error Head type, and Kochi malfunction. In addition, in the process of embroidery, functions such as automatic thread trimming, automatic hole digging embroidery, automatic thread breakage detection, power failure protection, command skip stitch, automatic shutdown of errors, stitch compensation, cyclic embroidery, and pattern output can be realized.
PREV：Maintenance and maintenance of computerized embroidery machinesNEXT：How to distinguish computer embroidery and hand embroidery?
Recommend Products